1. Analysis of the facility. Profit. Cost.

Owner of the factory (Plant) decided to sell it for personal reasons (retirement).

The Plant is in a working condition with a positive balance, its profitability is about 6% and a net profit is approximately € 280 thousand per year.

The Plant doesn’t have any debts.

The Plant is not mortgaged or under legal arrest.

The Plant location is quite satisfactory.

2. Analysis of the facility.

of the Plant is questionable as the level of profitability is below rates on investments or loan (5%), i. e. - an increase in debt in the process of operation, thus making it impossible to get a return on investment funds.

Construction of a new Plant with the same capacity can cost 3-4 times higher than its current balance value.

The plant is suitable for use as a manufacturing facility for additional products.

Type of the new products and features of its production must be determined by properties of the main product – patterned glass.

"Black-box” Functional diagram of the Plant

Time for repair and maintenance - 864 hours per year (3 days per month).

The maximum capacity of the furnace - 90 tons per day.

Production losses of glass (fragments) reused in the production are about 15% (11.25 t).

Average volume of production (assumed for calculations) is        64 tons/day.

The average price for calculations - 245 €/t

The main cost contributors to production: 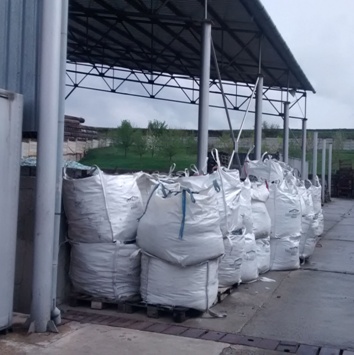 Sales of products is determined by competitive market conditions. Taking into account the development of the region, sales have a tendency for growth.

Indicators of gaseous waste production conform to the European standards.

The glass plant does not have any emissions into water or to soil.

Solid waste is represented by glass shards, which are reused in the production process.

There is no liquid waste in production.

Environmental situation is good, no claims to the plant’s location in the next 20 years are expected.

8. Loss of raw materials during calcinations.

Natural loss of raw materials occurs due to their thermal decomposition, through exhaust with carbon dioxide and vaporization with water.

The combustion of of methane gas CH4 results in generation of of carbon dioxide CO2.

brief analysis of the market.

The volume of world production of sheet glass is approximately 54 million tones per year in the amount of nearly €21.3 billion (about 395 euro/t at the level of production).

Technician analysts predict the annual growth of the world market at 9,34% by 2016.

Our Plant produces about 20 thousand tons of glass per year, or about 0.035% of the world production.

The price on the glass at our Plant is below the market value.

There is a tendency for growth in this market segment.

There is a general manufacturing opportunity in the glass market.

There is a need to improve glass production efficiency.

If we apply material inputs and environmental releases calculated for our plant to global production of sheet glass (54 million tons/year), it is possible to approximate the volume of raw materials, carbon dioxide emissions and the nitrogen made by all plants in the world in one year.

Transportation costs associated with the delivery of soda ash are about 6% of its value - €168 million/year.

The most significant costs for glass production - 53.38%:

Following the principles of compatibility between economic and environmental interests we formulate the following DIRECTIONS to modernization of the Plant.

We recommend to create a satellite manufacturing facility dedicated to integration of glass production into waste-free technological process in 3 steps:

3-rd step. Replace methane gas as the main energy source by using organic waste from agricultural and municipal services, or of industrial origin.

During collection of baseline data for the design of the 1st step, we can also evaluate the possibility of parallel implementation of the 2nd and 3rd steps.

New production will be located at the same premises as the existing glass Plant.

Functional diagram of the glass production.

Substitution of soda through our own production at the volume of 0.24 t per ton of glass, will provide an additional revenue of about € 1,9 million per year, which is 5-6 times higher than the income of the current glass production. Total profit will be about € 2,250 million per year.

The total costs for the purchase of glass production and implementation of soda production may take more than 10 years and is not acceptable.

To reduce the period associated with the project costs, we need to utilize  production units of soda ash Na2CO3 – at 10 thousand and calcium chloride CaCl2 – at 10,5 thousand tons per year.

The new production should be about 20 million tons of marketable products per year with income of about €4,147 million per year (€414,73)/t). This is comparable to the volume of production of glass in terms of tonnage, but exceeds the profit from the production of glass (€ 282-373 thousand) by more than 10 times.

Manufacturing capacity at 20 thousand tons per year corresponds to a low volume, for which the cost of the Project is estimated at € 1,5-2 thousand per ton of installed production capacity.

The base price for completely new design, construction and equipment installation thus would be € 30-40 million.

Amortization of costs after 10 years of operation, would result in writing off €3-4 million per year, which is acceptable considering estimated earnings at €4,147,327 / Year.

Successful launch of the new production and Project  implementation would allow to correct the basic project costs downwards.

1. For most of the design, commissioning and construction work we plan to make use of the south-east European labor force and local population, which would lead to the base cost at the lower level of € 30 million.

2. Availability of infrastructure, access roads and communications at the production site, as well as the existing main buildings and structures reduce the  design and construction costs by 1/3, and allow to drive the base cost of the project further down to the level of € 20 million.

3. Considering that we plan to use about 50-70% of standard equipment, and subsequent construction at the site, the project costs can be reduced by additional 1/3 - 1/4 - to € 14 million.

Given the cost of acquisition of the Plant in the amount of € 9 million the total for the project costs should be estimated at € 23 million.

This number is preliminary and tentative, and it will be further refined based on the development of design documentation and actual expenses.

We need to harmonize the possible use of credit lines and the potential reduction in base funding based on the results from implementation of the project.

Reasonable time of investment - up to 10 years.

The interest rate on investments or loans - 5%.

We are counting on the current Plant tax benefit on profits at 16%.

To calculate the repayment of the project costs we assume:

Full implementation of our project is expected in 3 years.

18. Costs for design and implementation.

We use 3-stage design (OCD) for the object of 4-5 degree of complexity, excluding stages for collecting and initial data analysis, - about 30% (€ 4,5 million) costs of the project. All steps include cost management, design supervision and licensing. Times required to complete each step may overlap.

19. Return on investment without modernization.

Buying the Plant for € 9 million without modernization (in million €) can be calculated as shown in the table.

No return on investments, debt increase.

20. Return on investment with modernization.

Buying the Plant for € 9 million and proceeding with modernization through introduction of new technology for € 14 million - the full cost of € 23 million, return on investment is expected in 10 years as shown below. 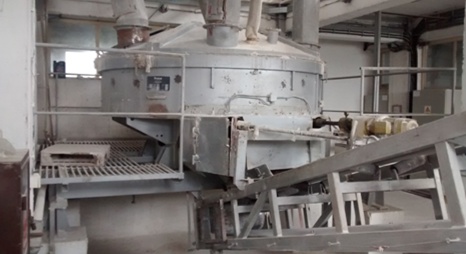 1. The glass plant in its current state and without modernization through introduction of new technologies has no clear investment value and the prospect of its sale is problematic.

The main reason - the growing debt on invested capital – up to € 10.57 million in 10 years of service (if plant is initially bought for € 9 million).

Co-production and sale of by-products can be a promising proposition.

2. The volume of glass production is 20.7 tons per year (64 tons / day * 27 days * 12 months). The price of the Plant is € 9 million. Based on accepted cost calculations, the construction of a new plant that would have similar capacity will require investment of about € 30-40 million.  The return on such large investment is highly questionable. At the same time, the current plant, at € 9 million, although with a lot of history, is quite efficient enterprise, and has real prospects of survival and further development when its profitability is increased.

3. There are two major avenues to increase the profitability of the plant:

1) reduction of production costs, production and the use of own raw materials and energy resources;

2) the production of by-products.

5.The time needed to collect initial data towards designing the first phase of modernization can also be used for analysis and justification of the next steps in Plant modernization.

Proposed version of Plant modernization has the following advantages.

1. We can save 20% on glass manufacturing through our own production of soda ash.

2. We can have additional production lines that ensure revenues on excess of € 4 million per year, which is 12 times higher than the currently earned income.

3. There are good prospects for development of infrastructure and modernization of the company into the 2nd and 3rd stages.

4. The company can attract additional advertising through demonstration to the European and the world community the new satellite glass production - the non-waste production of soda ash; subsequent disposal of carbon dioxide and the associated fertilizer production; and the use of new technologies to supply energy.

At the start of the document.